DJ Niros started his love of vinyl records at the age of 7 after winning his first record at a dance contest while at the Boys and Girls Club.  He was later introduced to Turntablism at the age of 15 after seeing the Beat Junkies perform live.  He was in awe of how DJ’s Babu and Rhettmatic changed the way a record sounded and treated it like an instrument.  They used records from different genres to scratch and juggle the sounds into a head-nodding beat.  His creative mind and interest for DJing was very apparent, and it was clear to him that he was hooked. 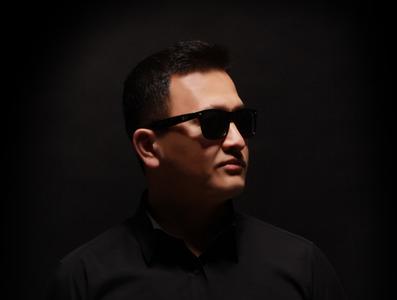 After high school, Niros decided to postpone college and pursue a career as a professional snowboarder.  However, his love for music and DJing was always on his mind.  While on the road, he made sure to stop by the record shops in every town he visited.  After four years of snowboarding professionally and collecting records, the snowboard industry began to change and Niros decided to study architecture at the University of Washington.

A career in DJing never crossed his mind until a few years into college when he met DJ Z-Trip at a show in Mt. Baker.  Although he knew Z-Trip as a battle/scratch DJ from mixtapes, he played an open format set that changed the way Niros looked at DJing.  It was then that he realized the dance floor could be entertained by mixing different genres of music together.

Niros’ big break came when he landed a residency at one of Seattle’s premiere nightclubs, Trinity.  Here he learned to tighten his skill set as a DJ.  He also learned how to build and keep a dance floor, all while staying true to his roots as a scratch/battle DJ.

In 2007, Niros was introduced to the world of video DJing.  He teamed up with DJ D-Twizzle and formed the video DJ group, Betatesterz.  After a year of editing and accumulating content, Betatesterz performed their first show in the summer of 2008.  They have been at the forefront of the video DJ scene ever since.  Niros has held residencies at top nightclubs in San Francisco, New York, Las Vegas and Seattle.  He has not only toured across the US, but he has also taken his art to an international level and performed in Cambodia, Indonesia, Taiwan, Mexico, Canada and India.  He has also continued to stay connected to the board sport industry, showcasing his talent at Red Bull events during the Dew Tour and X Games.

DJ Niros continues to push the boundaries of music video editing and DJing.  His craft includes creating visually infused light shows with original music videos.  Although he enjoys using cutting edge technology to create his own custom edits, he still very much respects the art of DJing with turntables.  Music and the artform of djing are always at the heart of his shows, and you can also expect to be visually entertained.